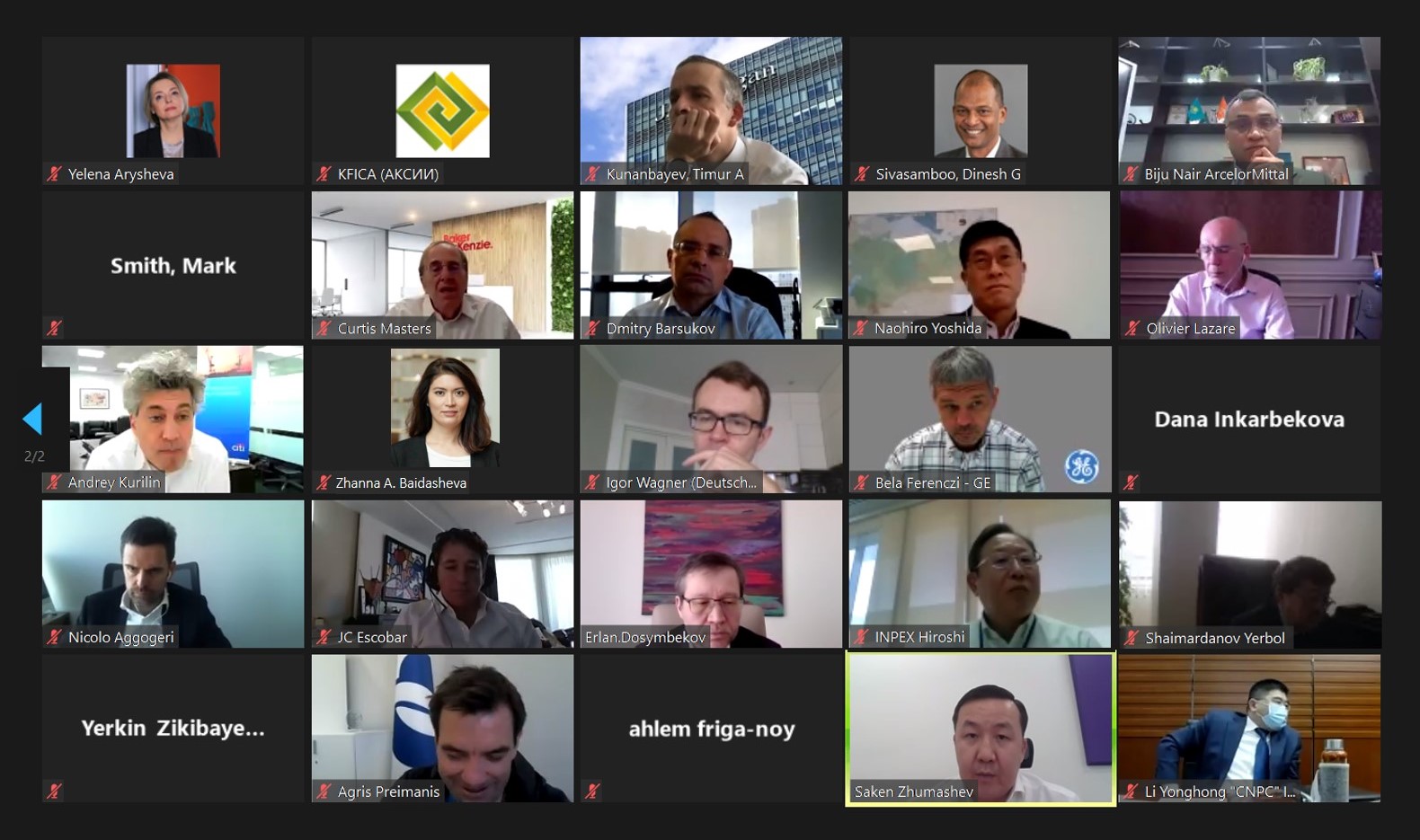 The Annual General Meeting 2021 was held today via videoconferencing with the participation of Executive Committee members and Observers of the Kazakhstan Foreign Investors' Council Association.

The results of the Association’s activities in 2020 were discussed at the meeting. KFICA Governing Board Chairman Mr. Erlan Dosymbekov marked key events of the year passed.

Along with that the preparation to the upcoming Interim Session and 33rd Plenary Session of the Foreign Investors' Council chaired by the President of the Republic of Kazakhstan were discussed at the meeting.

In addition, the foreign side co-chairs of the Investment Policy, the Labour legislation, human capital development and engagement of foreign labour force, and the Energy, ecology and oil & gas industry Working Groups presented their activity reports.

The Annual General Meeting ended with the election of the FIC Human capital development and engagement of foreign labour force Co-Chair from foreign side for 2021-2024. Mr. Dimitri Propp, Representative of KNAUF in the Republic of Kazakhstan, Director of Marketing and Sales Department in Central Asia was re-elected to the position.